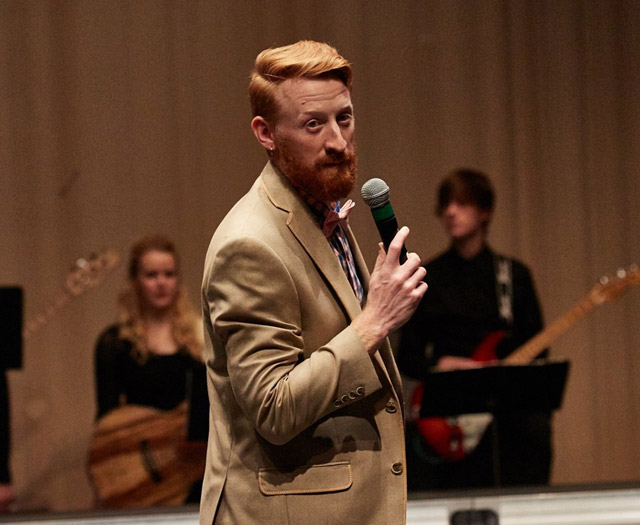 Zachary P. Bjornsen is in his 12th year of teaching, spending the past 10 years at Millard West High School. Mr. B, Director of Choral Activities, holds multiple degrees from the University of Nebraska-Lincoln: A Bachelor’s in Music Education and a Master’s in Music.

Mr. B is also an accomplished performer and has been very fortunate to perform locally and all over the United States and in Europe with various ensembles, including: Notre Dame Cathedral in Paris, St. Marks Basilica in Venice, The Palms in Las Vegas, along with Carnegie Hall, the Lincoln Center and the Nokia Theatre in  New York City, among others.

Most of all Mr. Bjornsen enjoys his number one job: being a devoted family man: spending time with his wife, Abby, and daughters, Willow Jo and Hattie Pearl. 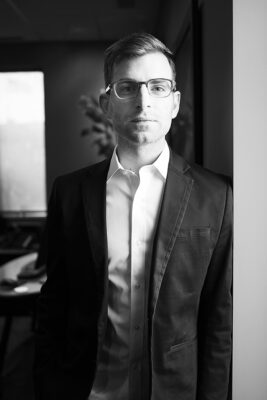 Jordan Newhouse is a proud 4 year teacher within the Millard West choir department. Before serving as Assistant Director of Choral Activities, he was an accompanist for the programs choirs and show choirs.

A graduate of Millard North High School, he went on to attend Wheaton College in Wheaton, Illinois where he earned his Bachelor of Music in Piano Performance.  A frequent accompanist for choirs, soloists, and church organizations, he has grown to love the art of singing and is proud to work with the students in the Millard West Vocal Music program.maha, he resided in the Chicago-land area working as a church musician and freelance collaborative pianist/singer. 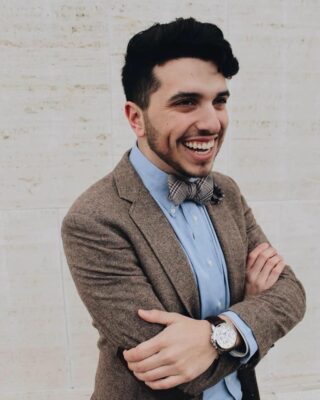 Nic Caberos is ecstatic to be student teaching at Millard West High School this Spring! After graduating from Papillion-La Vista South High School, he attended the University of Nebraska-Lincoln where he will graduate in May with his Bachelor of Music Education degree. At UNL, he was heavily involved with choral music as a member of the University Singers, Chamber Singers, Varsity Men’s Chorus, and Big Red Singers. Mr. Caberos was seen onstage with UNL Opera’s performances of City of Angels, The Tenderland, The Gambler’s Son (World Premiere), and Amahl and the Night Visitors, where he served as Chorus Master for 5 years. 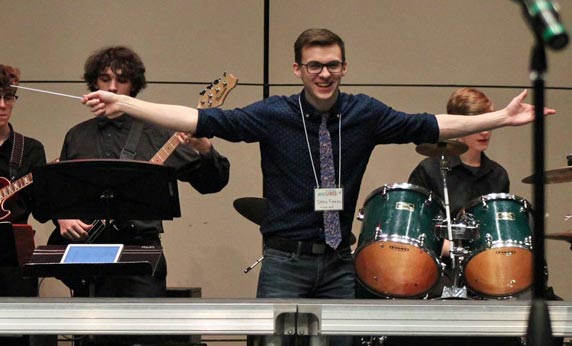 Drew Firkins, Assistant Director of Show Bands, is currently an undergraduate music education major at the University of Nebraska: Lincoln, where he also studies composition, euphonium, and music technology.

An avid arranger, he writes for several show choirs and bands across the midwest. Drew is the music director for the Bathtub Dogs a cappella group and Big Red Singers show choir on campus. He is also a member of the Cornhusker Marching Band and the University Singers.

Drew is thrilled to be back at his alma mater directing the Millard West Show Bands.